This Thai-Norwegian beauty may have rose to prominence via a successful Sports Illustrated modelling career, but her supermodel looks are quite frankly the least interesting thing about Chrissy Teigen!

With her social media over-shares and bubbly personality which instantly makes you want to be her best friend (not to mention her musician hubby John Legend who writes romantic songs about her) we can’t help but fall in love with Chrissy. Here are 10 more reasons why Chrissy Teigen is worthy of this week’s Woman Crush Wednesday:

1. She has serious style

Whether she is modelling bikinis or making a statement on the red carpet, the girl can literally do no wrong. Her style is polished, edgy and always on point, playing with different colours, patterns and necklines. She always manages to look nothing less than perfect and is a master of the effortlessly chic #iwokeuplikethis look.

What makes Chrissy so relatable is her love for food. On Sunday at The Oscars she was seen chowing down on a burger with pride at the Vanity Fair after party, proving she definitely doesn’t fit the typical model stereotype.

From her endless posts of her mouth watering home cooked meals on Instagram (she boasts an impressive 1.7 million followers), to her featured take away delivery, we can tell that food is a big part of Chrissy’s life. She says, “I’m constantly reading cookbooks, I bring hard cover cookbooks with me on the plane and tag pages. I just have this crazy food obsession.”

Apart from cooking she spends a lot of her time blogging about her foodventures on her blog ‘So Delushious’ and she even has a cookbook in the oven. Stay tuned! 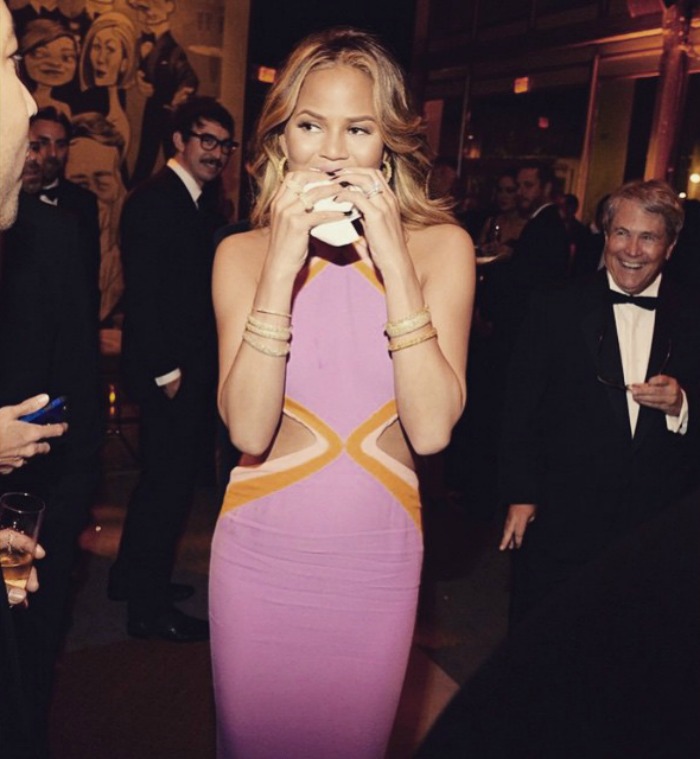 3. She’s in love and she ain’t afraid to show it

Chrissy tied the knot to singer John Legend in September 2013, but the good looking duo who have been together for nine years are as loved-up as ever. The pair don’t mind showing off just how smitten they are with each other and are often seen engaging in intimate displays of affection while out together in public. They’re just ordinary people, right?

Chrissy is a proud wife, famously crying when her husband picked up a Golden Globe Award, but the feeling is definitely mutual as John’s smash hit love song “All of Me” is written about Chrissy.

4. She has flawless skin

Perfect skin is at the top of any beauty wish list and Chrissy’s dewy skin is utter perfection. Chrissy is never seen without her radiant, sun kissed complexion, but I guess she has her Thai-Norwegian heritage and obvious great genes to thank for that. 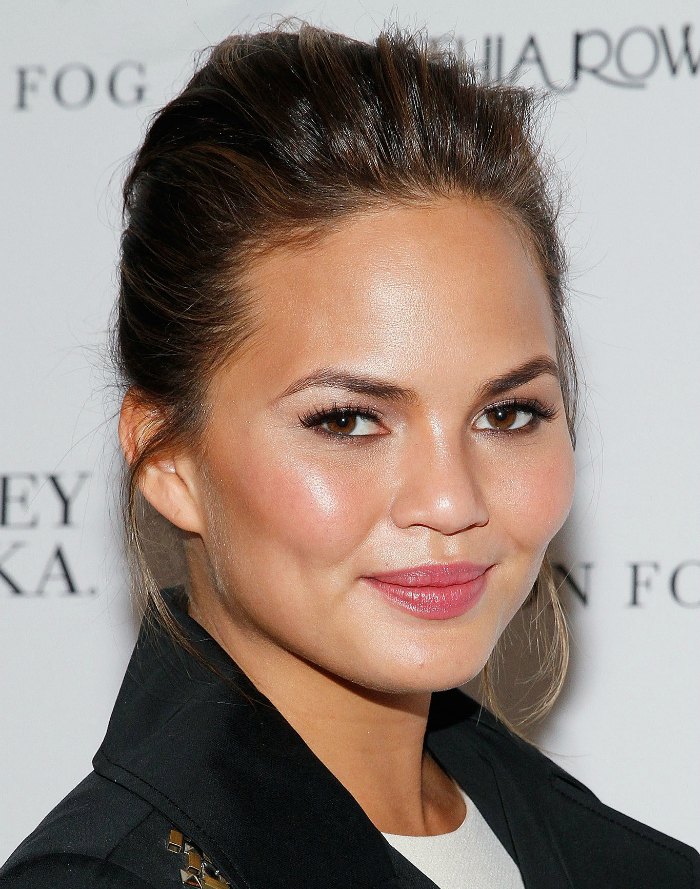 Anyone who follows Chrissy on social media knows that her pet dogs are a big part of her life, referring to them as her “dog family.” Already the proud owner of two dogs, Puddy and Pippa, Chrissy announced on Twitter last year that she adopted a three-legged French bulldog name Penny because “her first family were buttheads.”

It’s good to know that even models are capable of the double chin. How refreshing – thanks Chrissy!

7. She likes to drink

Chrissy is extremely open about her love of wine and frequently confesses to drunk cooking, eating and tweeting. She became quite intoxicated at the Dodgers game last year where she was throwing the first ceremonial pitch.

We’ve all been there Chrissy don’t worry.

In today’s social media-fuelled environment, celebrities are on a daily basis presenting us with carefully constructed glimpses into their seemingly ‘perfect’ lives. Not Chrissy, who in fact does just the opposite. She doesn’t take herself or her social media too seriously, posting impulsively about anything and everything she sheds a humorous light on even the most intimate details of her life. From posts about ruining her fake tan, what extensions to put in her hair and her experiments in the kitchen, we can definitely relate to her daily struggles, women to women.

9. She has the coolest BFF’s ever

Her infectious personality means the star has friends in all the right places. Her official BFF’s are model Brooklyn Decker and TV Host Erin Andrews but Chrissy is also close to her fellow Sports Illustrated buddies Kate Upton, Lily Aldridge and Nina Agdal. She also shares chicken recipes with Gwyneth Paltrow on Instagram and goes on double dates with Kim and Kanye.

We laugh with her, we laugh at her and most of all we appreciate her transparency. The swimsuit model is never afraid to get real. Proof? Spend 30 seconds scrolling through her popular Twitter and Instagram feeds, which are teeming with unfiltered and witty one-liners, self-deprecating jokes and passionate opinions. It’s her penchant for speaking her mind that keeps us coming back for more. 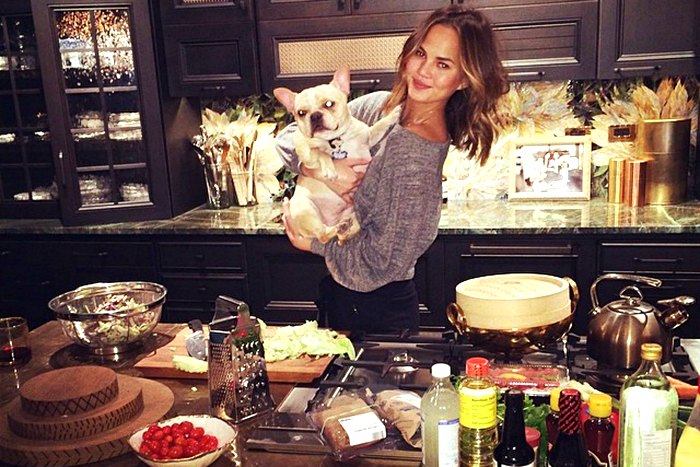